W2 Employees or 1099 Contractors? How this California Supreme Court Ruling can affect your business.

If you hire or use 1099 contractors, you may want to reconsider your workers’ employment status.

The April 30th California Supreme Court ruling against the courier service Dynamex for misclassifying their drivers laid the groundwork for a W2-leaning future of work in California, and other states are close behind.

Most importantly, this ruling established a new test for classifying workers, placing clear responsibility on an employer to prove that a worker should be a 1099. For several decades, the courts and state agencies had previously used the flexible, multi-factor Borello test to prove independent contractor status, which relied on the employer’s “right to control” among several other secondary indicators. This has now been abandoned in favor of a more rigid three-factor approach - called the “ABC” test.

Under the ABC standard, the worker is an employee unless the hiring entity establishes all three designated factors:

(b) the work provided is outside the usual course of the business for which the work is performed;

(c) the worker is customarily engaged in an independently established trade, occupation or business.

This new test puts far more onus on the employer to prove that worker is not an employee. Unless the worker has complete freedom from any supervision, is performing work that is not usual for your business, and the worker regularly engages in this sort of work with other companies as well, they are an employee of your company. A plumber or electrician performing maintenance at, for example, a retail store, would be a good example of a proper 1099 classification under this new test. A warehouse picker or delivery driver helping you during peak season and working alongside other employees and managers is not.

What’s more, there has been increased scrutiny from the IRS, Department of Labor and state agencies around classification and how companies manage their workforce. Since 2013, more than one-third of mid-sized US firms have been fined for non-compliance and large Fortune 500 companies like FedEx, Google and Lowe’s have been hit with high-profile misclassification lawsuits. Apart from the obvious reputational damage, there are serious monetary damages for misclassifying a worker as a 1099; fines have reached up to 43 percent of the misclassified workers’ entire earnings dating back to the start of their engagement.

We welcome this change as the ruling brings much needed clarity around worker classification, as the Borello test left too much room for interpretation. While the immediate cost savings of going with a 1099 had been a tantalizing reason for many employers (not to mention the growing number of start-ups in the on-demand job space) to give it a shot, this new ABC test combined with increased scrutiny from the IRS and DOL, and the severity of consequences for misclassification, will hopefully keep HR and Operations decision makers from falling into the trap of misclassifying their workforce.

Here at Bluecrew, we utilize a 100% W2-based employment model.  With our mobile tech and user-friendly onboarding, we can rapidly hire or help convert any businesses utilizing 1099 contractors to a W2 arrangement in a matter of minutes. If you are interested in learning more, please don’t hesitate to reach out to us! 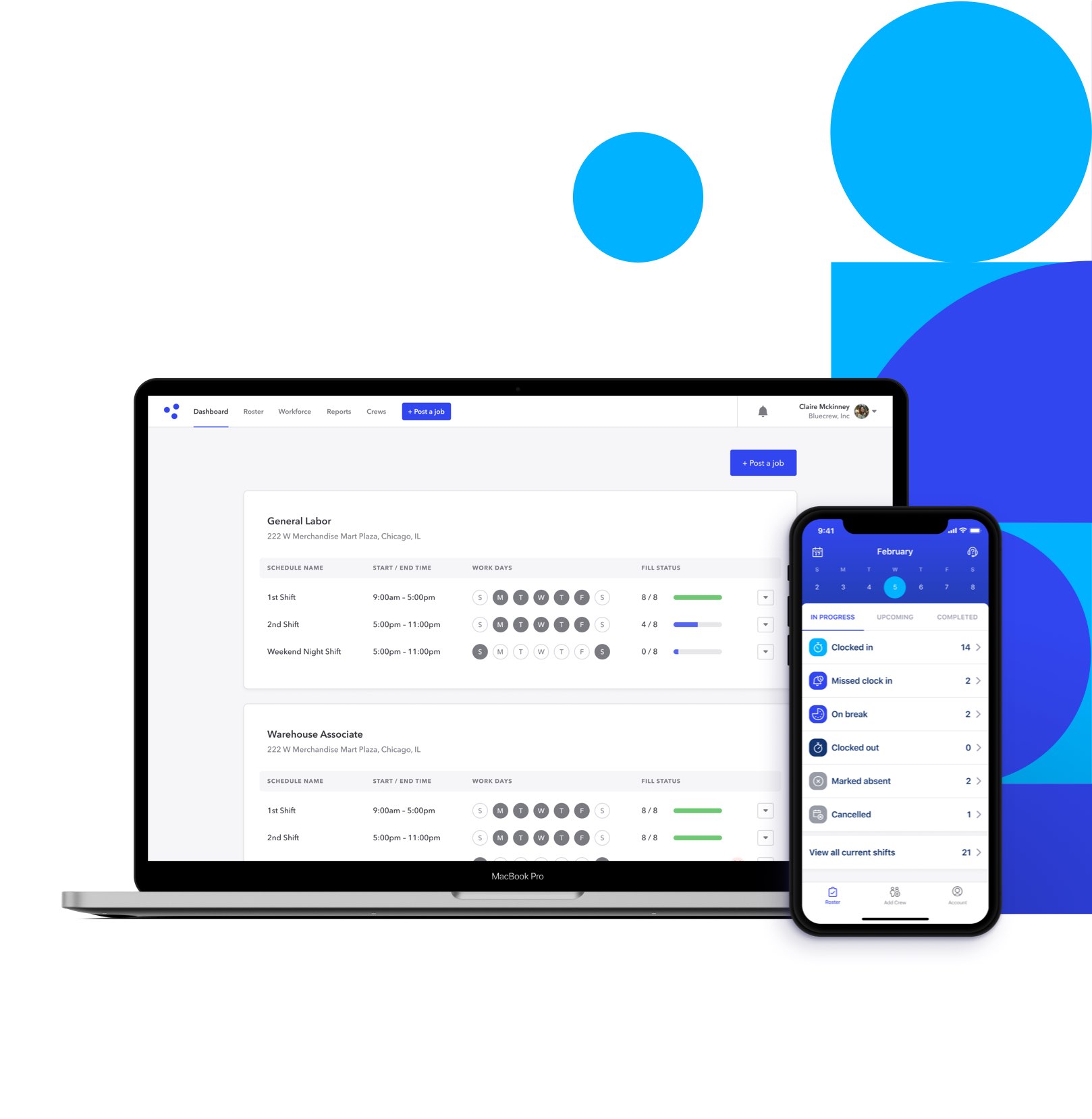