What is The Gig Economy?

The gig economy today is among the fastest growing sectors of the American labor market — and this growth is only expected to continue. As workers increasingly recognize and take advantage of the benefits and flexibility that contracting and independent work can offer, organizations need to prepare for these major shifts in the workforce.

Read on to learn everything you need to know about the gig economy — past, present and future — and how organizations can more effectively embrace workforce changes moving forward.

The History of the Gig Economy — Understanding How It Works

Before diving into the evolution of the gig economy, it’s essential to understand what this workforce entails. The gig economy is a labor market characterized by flexible, temporary or freelance jobs, as opposed to permanent, full-time work. With this model — where a substantial amount of individuals work part-time in a temporary position or as independent contractors — the result is cheaper, more efficient services. This approach ultimately benefits workers, businesses and consumers by making work more adaptable to the needs of the current market and more adequately satisfying the demand for flexible lifestyles.

The genesis of the gig economy — shifting from D2C to B2B

The gig economy is not a new concept — with its roots dating all the way back to 1915 when jazz musicians coined the term “gig” to refer to performances. The use of temporary work to supplement a traditional job continued to grow and by 1995, 10% of all Americans worked in alternative employment, according to LinkedIn.

At this point, the growing popularity of the gig economy can be attributed to two key factors: the rise of digital platforms and the employment of underutilized assets. It’s important to note that this labor market began as a peer-to-peer phenomenon, where consumers directly accessed assets through a gig economy platform — for example, Uber or Airbnb. This can be considered a result of:

As businesses took note of these successes, they recognized a valuable opportunity to tap into a new industry. The shift towards a B2B focus began with business travel and the logistics industry and is now continuously moving toward a highly-promising sector — staffing.

Who is part of the gig economy today?

Individuals that are part of the gig workforce ultimately come from a wide variety of backgrounds. Some workers are in pursuit of an extra source of income outside of their traditional employment, while others provide for themselves financially entirely through contract jobs and projects.

The two main types of gig workers include:

A freelance worker, on the other hand, is considered self-employed with the ability to accept work from anyone — including taking on multiple gigs at once. Freelance work is particularly popular for workers in the technology industry, such as web and software developers, along with individuals in the creative industry, including writers, graphic designers and video editors. According to Upwork, this is a growing market with 59 million Americans taking on freelance work this year — which represents 36% of the total American workforce. Moreover, the report emphasizes that despite a turbulent year, this segment remained integral to the U.S. labor market, contributing $1.3 trillion to the U.S. economy in annual earnings.

These gig economy workers exist across industries, completing small, on-demand projects for pay — typically leveraging gig economy apps or a digital platform to connect with businesses and consumers. Once a project is complete, the contingent worker can move to their next assignment. Keep in mind, despite the lack of long-term commitment needed from either the company or the worker, it’s not uncommon for companies to continually work with the same gig worker.

Challenges of the Traditional Gig Economy and Calls for Change

While the popularity of contingent work continues to develop, there are a few main challenges of the traditional gig economy to note:

The exponential growth of the gig economy amid these key challenges has led to calls for change — from both employers and the contingent workforce. And, while it will be impossible to overcome these difficulties overnight, the collective business landscape is taking steps in the right direction.

While the considerable expansion of this labor market is clear, the main factors driving this include:

The advantages for gig workers

Those working within the gig economy often gain the benefit of:

How organizations benefit from the gig economy

While the advantages of gig work are typically clear for contingent workers, many fail to realize how highly beneficial this approach can be for organizations as well. These include:

With both the challenges and benefits of the gig economy in mind, is it worth it? The short answer is, yes. Not only can this market support organizations more efficiently and effectively, but 79% of full-time independents said they were happier working on their own than at a traditional job, according to Brodmin. And, as businesses increasingly realize the value of a contingent workforce, they’re in need of reliable partners and solutions to help them navigate this landscape effectively.

Embracing the “Gig 2.0” With Bluecrew

Freelance and contract work are not new concepts, yet the future of the gig economy looks brighter than ever — and workers agree. In fact, Upwork found that 86% of freelancers believe the best days for their industry are yet to come, signaling that many are confident the gig economy will continue to boom.

The “new” or evolving gig economy is anticipated to continue on a similar path, where businesses recognize and value the opportunity to hire specialists for specific jobs and look for ways to maximize the use of their limited resources. A report from Intuit found that up to 80% of large corporations plan to increase their use of flexible workers in the coming years.

It’s important to note that despite the benefits for organizations and workers, there’s an expected evolution of what the non-traditional employer-employee relationship will look like — along with the applicable requirements from both parties as a result. However, the overall optimistic outlook is generally due to the expanding integration of the gig workforce with innovative digital technology and mobile applications. Businesses today are increasingly in need of on-demand workforce solutions, which is shaping the future of the gig economy.

For organizations in pursuit of a dependable partner that can help them leverage and navigate the “gig 2.0” more effectively, Bluecrew can help. Bluecrew’s Elastic Hourly Workforce, a comprehensive workforce-as-a-service solution, matches your business with temporary workers — flexing to meet your workplace’s short-term and long-term needs. By helping your organization address the challenges of variable demand with an agile high-quality workforce and powerful management technology, ​​your business can stay at peak performance across market conditions.

If you’re ready to take advantage of the growing gig economy, contact Bluecrew and start working with our Crew Members today.

The Future of Hourly Talent and Hiring 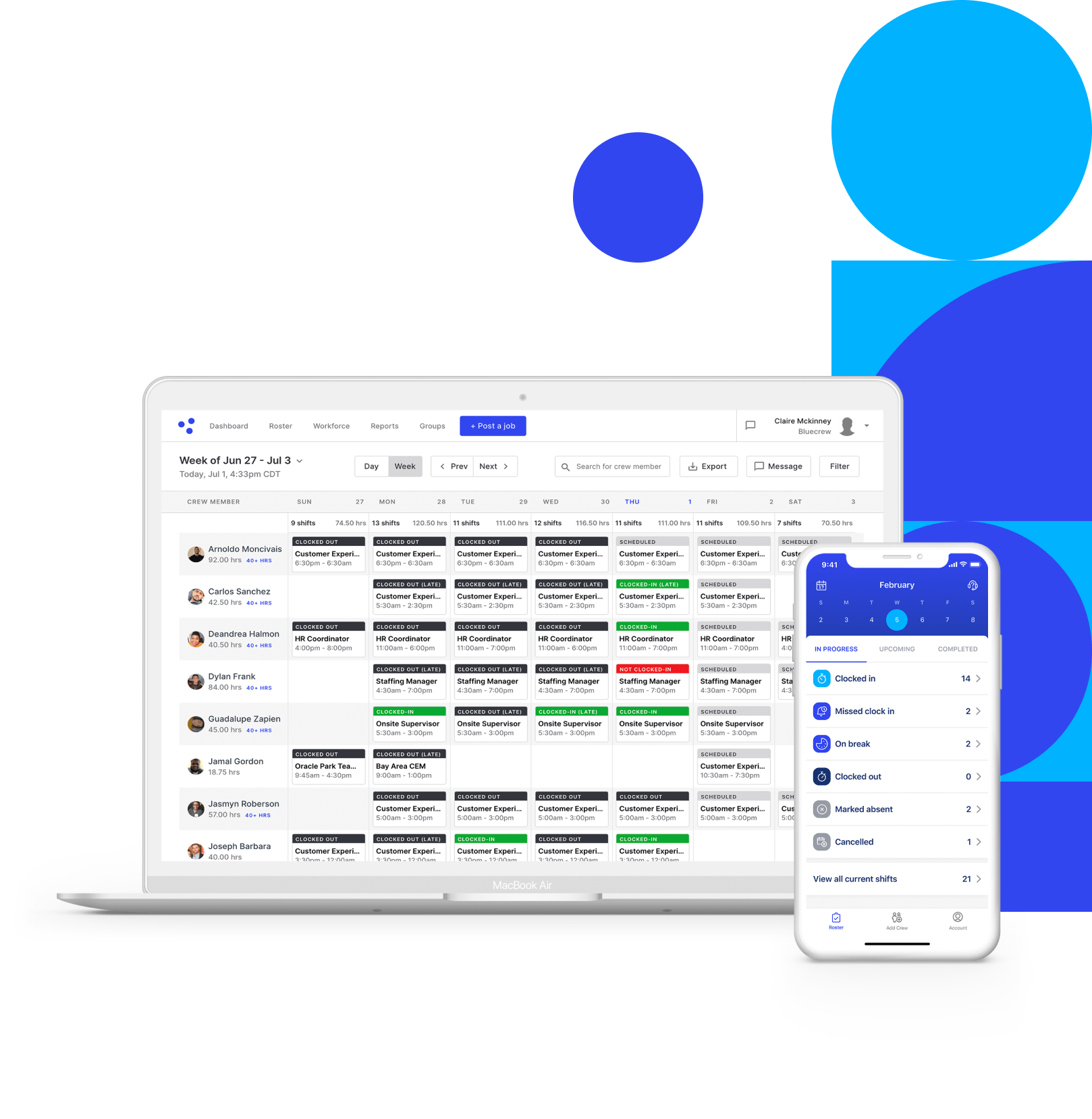